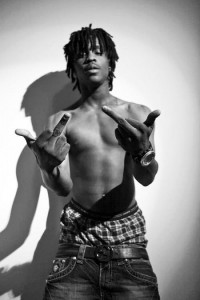 Chief Keef caused more trouble as soon as he walked out of the Cook County Juvenile Justice Center on Thursday, March 14 after completing a 60-day sentence for violating his probation for a gun conviction. He reportedly taunted a Gangster Disciple faction on his Facebook page over the 2011 murder of one of their members.

In the posting which has been deleted, Keef taunted the street gang with words from the lyrics of his song in his latest album “Finally Rich”. A source close to the law enforcement commented on the posting, saying, “He’s heating things up before he’s even out.”

The 17-year-old rap sensation was taken into custody on January 15 after a juvenile court judge ruled that Keef had violated his probation by firing a rifle at a gun range during an on-camera promotion for his music last summer.

On March 14, there was an order to release him from custody after he had completed the 60-day sentence. The rapper’s probation was also terminated, meaning that Keef could do his activities without being closely monitored by the court. “He’s done. He’s free to move on with his career,” said Dennis Berkson, the rapper’s lawyer.

As Keef made his way out of the custody, relatives and supporters snapped photos with their cellphones. After he was handed his baby daughter, the rapper, in a red-and-white leather jacket, walked swiftly to an SUV and avoided giving any comment. His uncle, Alonzo Carter, was seen carrying a garbage bag full of Chief Keef’s notebooks.

Keef released a new video titled “Now It’s Over” to mark his freedom. The video was recorded before his stint in the juvenile detention center.