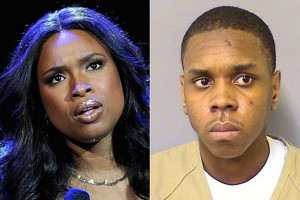 As if Jennifer Hudson and her family didn’t have enough trauma following the brutal murders of her mother, brother and nephew, the case may not be closed just yet.  Shortly after the closure the Hudsons were finally able to achieve when William Balfour was found guilty, Balfour is now requesting a new trial in the case.

Balfour’s attorney, Amy Thompson, filed the 19-page motion, writing, ” … the testimony was irrelevant, and because of the fame of the witness, the prejudicial effect of the testimony on the jury far outweighed any probative value that it would have.” The gist of that? J-Hud’s fame cast an unfair bias on the jury and made Balfour’s trial unfair.

Without a retrial, Balfour, 30, faces a maximum life sentence for the slaying of Hudson’s mother (Darnell Donerson, 57), brother (Jason Hudson, 29) and nephew (Julian King, 7) on Oct. 24, 2008. Balfour was found guiltyof all three counts of first-degree murder in addition to aggravated kidnapping (from his snatching and murder of Julian King), residential burglary, home invasion and possession of a stolen vehicle. Over 80 witnesses and 500 pieces of evidence were submitted in the case, though opponents of the verdict say most of the evidence was circumstantial.

Hudson, who was present for every day of the trial, was the first witness called to testify. “I told her over and over again to not marry him,” Hudson said of Julia and Balfour on the stand. “We did not like how he treated her,” she added. Hudson wept on the stand when she told the jury of the last time she saw her slain family members. “It was my mother, my brother, my sister and my dog. I was so surprised. The whole family is here. That was the last time I saw them,” she said, sobbing. “Thank God I had the opportunity.”

We hope that justice prevails in the case, whatever the true verdict may be, and send our deepest sympathy to the families of all involved.