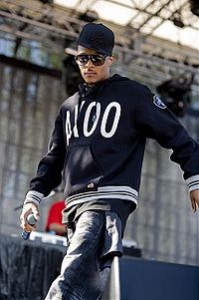 T.I. explains his problems with the Hip Hop game.

It’s been over a decade since T.I. dropped his debut I’m Serious, and he’s thinking about leaving the game. During an interview with Power 105’s The Breakfast Club, Tip said that he’s built a Hip Hop empire with Grand Hustle and that if his artists begin to outsell him, then he has good reason to exit the game.

“This is what everyone fails to realize. I want out. I want out, man,” he said. “What the game is going to and what has evolved into from a personality standpoint, it goes against what I represent. What I embody, this game contradicts that. I want out. I’m in it because I love music and I have obligations, contractually.”

Tip addressed how the content of music has changed over the years, and how a rapper can spit lyrics about a life they don’t actually live and succeed. He says that if those artists begin to outsell him, then he has no problem ducking from the game.

“It was at one time, this music was about speaking to the people who felt like you feel. Now, the people I’m speaking to, they don’t necessarily feel like how I feel. In my day, if you were rapping about something you weren’t really living, that was a strike against you. You were held accountable. Nowadays, nobody even expects you to live up to the things you rap about. That goes against what I represent, what I stand for. So if they outsell me, then that’s just all the more better for me to fade to the back and cross my legs on my desk.”