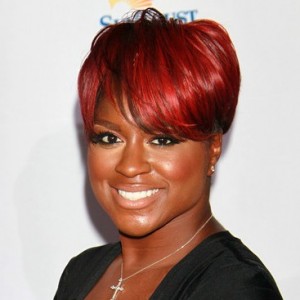 Ester Dean is laying it all out in her new sexy jam, ‘Baby Making Love.’ As one would imagine, the song is all about what happens in between the sheets.

The 26-year-old award-winning songwriter has penned dozens of hits for popular hip-hop and R&B artists, but now she’s ready to take center stage with her own debut album, which is expected to hit shelves later this year. In the meantime, she has dropped a steamy song to whet fans’ appetites.

The tune gets a throwback treatment as the Oklahoma native sings about what she likes in the bedroom. Dean doesn’t hold back in her descriptions, especially in the chorus where she explicitly explains that she wants to make babies.

The Roc Nation/Interscope artist was recently named Pop Songwriter of the Year at the 2012 BMI Pop Awards, and while she’s reveling in her hit-making success, she also has a lot to look forward to this year when it comes to her career. Not only will she be releasing her first LP, but she’ll also be voicing a character in the upcoming ‘Ice Age: Continental Drift,’ as well as starring in the forthcoming musical comedy ‘Pitch Perfect.’