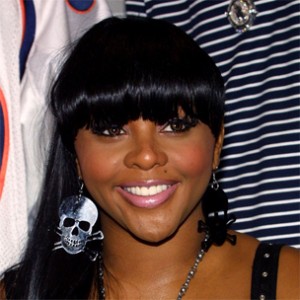 Lil’ Kim says her problem with Nicki Minaj extends back to a business deal gone awry with Cash Money Records.

Lil’ Kim and Nicki Minaj’s beef has been ongoing for some time, but its origins run deep. During an interview with Power 105’s The Breakfast Club, Kimmy Blanco explained the genesis of her problem with the Young Money rapstress, explaining that its roots are based in a partnership gone sour with Cash Money Records.

“It’s deeper than that. Me and Slim were friends for four years, and we decided we were going to do business together. I was over there at Cash Money, and I was getting ready to be partners with him. When I was over there, we were working a lot. I was in Miami and he would put me in the studio.”

Baby offered to put her on a cut with space for then-unknown Nicki Minaj, which Kim said would  have been “good for music.” But after the record didn’t take off like they’d hoped, they pulled the song from Birdman’s LP and stopped calling her. After that, Kim says that Nicki started getting slick about her on her records.

“The problem with her is, she was very catty with it. I never had a problem with her. I was always nice with her. Always. She was a very obnoxious person, but I was very nice with her. From the time I saw her in that dressing room, the story she told, I don’t even know what the heck she was talking about. That’s not even how it happened. But from the moment that I met her, I was always cool with her. But after that, it almost seems like, when they realized, OK, we need Kim, we want to study her swag, that’s what it kind of felt like because I was around for a long time. They were like, OK, let’s study her swag and I think they wanted to get that record just to stamp that I was OK with what was going on.”

Kim eventually bumped into Nicki at Diddy’s son’s birthday party, and proceeded to brush her off.

“After that whole Cash Money situation with the song, we’re at Justin’s birthday party. Perfect time to come up and say, ‘Hey, we did the song together.’ Nothing. And she looked at me and rolled her eyes, and I was like, really? Every single record she made was coming at me.”