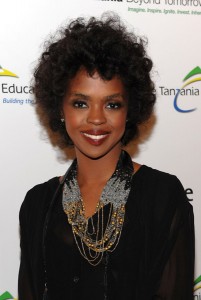 The day after Hot 97’s Summer Jam 2012, Lauryn Hill has weighed in on Nicki Minaj’s decision to drop out of the lineup at the last minute.

Dismissing rumors that she was scheduled to perform with Nicki as a surprise guest, Ms. Hill, who hit the stage with Nas during the festival, said that the rapstress was entitled to make that decision and commended her for sticking to her artistic integrity.

She did say that she hopes that artists can learn to prosper without having to “commercially exploit music.” Read the full message below that she posted to Twitter.

No disrespect to Nicki, but I need to clear up an inaccuracy. I was not scheduled to be a special guest on her set at Summer Jam, I was invited by Nas to perform with him. I don’t have details on exactly what transpired between the station and the artists, but I do support artists standing by their beliefs, and walking with integrity. We have to find a better way to commercially exploit music, while giving artists their proper respect. This cannot be done while taking their contributions for granted, or trying to control the scope of their growth and power through threats and fear tactics. We can do better than this, there is a better way, or else ‘we’ (the proverbial we) find ourselves in danger of being hypocrites!!!