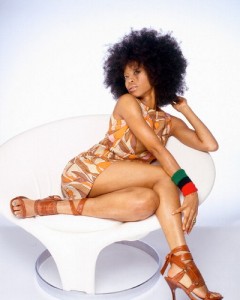 Earlier this week, fans were shocked to see the bizarre,very-NSFW video for the Flaming Lips’s “The First Time Ever I Saw Your Face” with guest vocalist Erykah Badu. Now, Badu opens fire on the group’s frontman and video director Wayne Coyne over what she called a “tasteless, meaningless, shock motivated video.”

Badu took to Facebook today to write a blistering message to Coyne decrying the video, which she said was prematurely released without her consent and ultimately breached her contract with the group. She explained that she felt the video – which features nudity and sexually sugesstive imagery of her and her sister Nayrok – was conceived in poor taste and was not submitted to her for approval prior to its release.

“You showed me a concept of beautiful tasteful imagery (by way of vid text messages). I trusted that. I was mistaken,” she wrote. “Then u release an unedited, unapproved version within the next few days. That all spells 1 thing, Self Serving. When asked what the concept meant after u explained it, u replied, ‘It doesn’t mean anything, I just want to make a great video that everyone is going to watch.’ I understood, because as an artist we all desire that. But we don’t all do it at another artist’s expense…you begged me to sit in a tub of that other shit and I said naw. I refused to sit in any liquid that was not water. But out of RESPECT for you and the artist you ‘appear’ to be, I didn’t wanna kill your concept…sooo, I invited Nayrok, my lil sis and artist, who is much more liberal [than I], to be subject of those other disturbing (to me) scenes. I told u from jump that I believed your concept to be disturbing. But [I] would give your edit a chance. You then said u would take my shots (in clear water/ fully covered parts -seemed harmless enough) and Nayrok’s part (which I was not present for but saw the photos and a sample scene of cornstarch dripping ) and edit them together along with cosmic, green screen images ( which no one saw) then would show me the edit. Instead, u disrespected me by releasing pics and rough vid on the internet without my approval. (Contract breech) That is equivalent to putting out a security camera’s images of me changing in the fitting room.”

“As a human I am disgusted with your what appears to be desperation and poor execution. And disregard for others. As a director I am unimpressed. As a sociologist I understand your type. As your fellow artist I am uninspired. As a woman I feel violated and underestimated…you can KISS MY Glittery ASS. O and Nayrok told me to tell u to kiss her ass too.”

Check out the full note over on Erykah’s Facebook.