CEDRIC THE ENTERTAINER TO HOST ‘WHO WANTS TO BE A MILLIONAIRE’ 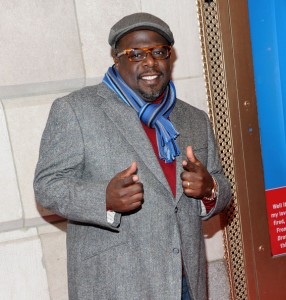 “Who Wants to Be a Millionaire” has found a replacement for Meredith Vieira. It has been announced that Cedric the Entertainer will join the 12th season of the syndicated game show as the new host.

“We are thrilled to announce that Cedric ‘The Entertainer’ will be at the helm as our new host of ‘Who Wants to Be a Millionaire’,” Janice Marinelli, president of Disney-ABC Domestic Television, said in a statement released on March 20. “With his deep roots as a successful stand-up comedian and actor, Cedric will bring his fresh approach and unpredictable fun to the show.”

The actor and comedian himself expressed his excitement, “I’m truly looking forward to hosting ‘Millionaire’. The show is a modern day game show GIANT, and the team at Disney-ABC has been great at putting the right elements together over 11 seasons. I’m excited to entertain all those who watch and play as season 12 launches … It’s going to be a good time every day!!”

Vieira will step down as the show’s host at the end of the 11th season. The new season is slated to premiere in September.