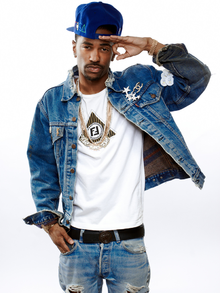 The lyrical feud between Pusha T and Lil Wayne has more twists and turns than a Harry Potter novel. The latest twist is Wayne’s just-released single, ‘My Homies Still,’ which, surprisingly, features G.O.O.D. Music rapper Big Sean. This clearly puts him in the middle of the ongoing beef between the two artists.

In an interview with Philadelphia radio station Wired 96.5FM, the Detroit rapper opens up about the feud between G.O.O.D. Music and YMCMB.

“I ain’t about to be over here arguing with nobody. We all on the same team,” he continues. “We all young men, black men, black, white, it doesn’t matter, but just entrepreneurs trying to get it.”

As for the song, Young Money president Mack Maine says Wayne is not going to remove Big Sean’s verses from the track. “That was a great song that was made before that situation happened,” he says. “Wayne not [tryin’ to] take him off — he’s good peeps, he’s fam.”