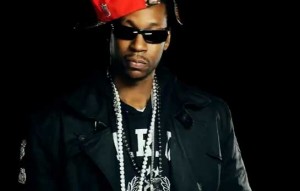 2 Chainz runs down the producers for his debut “Based on a T.R.U. Story.”

2 Chainz has revealed the producers for his upcoming Def Jam debut Based on a T.R.U. Story.

During an interview with The BoomBox, Tity Boi revealed that he has worked with Drumma Boy, C-Note, Mike Will and Lex Luger for the project. He asserts that the LP will drop on August 14th, and that he is 75 percent finished with recording the album.

“It’s coming out this year. I’m excited about it. Great features. Excellent production. Still a work in progress. [I’m] about 75 percent done with that,” he said. “I may talk about some producers, but I’m gonna have some elements of surprise on the album. Of course I’m workin’ wit my Drumma Boys, my C-Notes, my Lex Lugers, my Mike Wills, plus this new generation, the new people that I’m working with as well. It’s a well-put together project. It’s conceptual, and you should be looking out for some new dope visuals too.”

Read the full interview at TheBoomBox.com.