WAYNE EXPLAINS WHY HE CANCELED NICKI’S PERFORMANCE AT SUMMER JAM 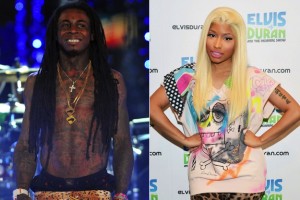 Nicki Minaj‘s abrupt cancellation at Summer Jam 2012 concert may be a distant memory, but we haven’t heard from Lil Wayne on why he made an “executive move” to pull his superstar artist out of the show. That is, until now.If you recall, Minaj felt insulted by Hot 97 radio personality Peter Rosenberg, who called her chart-topping hit single ‘Starships’ a wack song while introducing another artist onstage early in the day. His opinion was the catalyst for Weezy to pull the plug on Minaj’s headlining performance, which infuriated Hot 97 brass. Minaj then came on Funkmaster Flex’s radio show the following day to air out her grievances with the station.

MTV News recently talked with Tunechi about his decison and for the Young Money honcho it came down to R-E-S-P-E-C-T. “That’s a female; first and foremost Nicki Minaj is a female,” he says. “I don’t know what anyone else believes, but I believe females deserve the ultimate respect at all times, no matter when or where or how.”

“As soon as she called me and told me she felt disrespected, I just declined everything,” he continues. “I pulled her from the show because … no person that works with me will be disrespected in my presence as long as I’m on this planet.”

As for any bad blood between Young Money and the radio station, Wayne says there’s none at all. “It’s just an executive move, no salt, no bad feelings, no hard feelings,” he said with a mischievous smile. “I feel like a woman should be respected at all times, therefore I made the right decision.”

While we appreciate Wayne for standing up for his artist, we can’t believe that this brouhaha is over Rosenberg’s off-the-cuff remark. Granted, Rosenberg picked the wrong time to give his critique on Minaj’s song, but he wasn’t attacking her because she was a female.