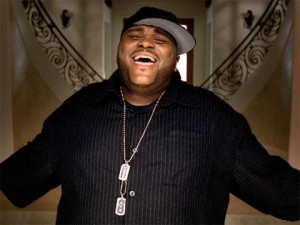 Ruben Studdard has always been a big guy. However, the ‘American Idol’ Season 2 winner has decided to take control of his health and will be joining the 15th season of the ‘The Biggest Loser.’

“Because I’m fat as hell!” he told Today.com as the reason he decided to take part in the reality television weight loss program. “No, really though, they called and asked me to be a part of the show and I knew it was time for me to change my life. I’m 462 pounds. If anybody needs to be here, I do.”

Due to his weight, Studdard admitted that he is a borderline diabetic, has high blood pressure and suffers from sleep apnea.

We all remember Studdard from his days on the ‘American Idol’ stage. And even though he has decided to join another reality show, this doesn’t mean the ‘Letters from Birmingham’ singer will be a serial reality TV star.

“I had no desire to be the next ‘Real Husband’ or anything like that!” the 34-year-old shares. “This opportunity was about me getting myself together. It had nothing to do with popularity or fame because I’ve got that. This was about me changing my life.”

You can find out how Studdard does on the show when it premieres Oct. 8 at 8 PM on NBC.