NEYO SUED BY EX-GIRLFRIEND FOR DEFAMATION 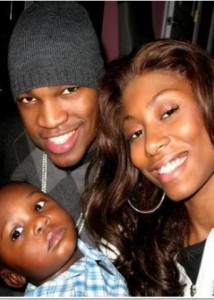 Ne-Yo is facing legal action from his ex-girlfriend, Jesseca White, for blasting her on television. Jesseca White claims the singer defamed her when he said she tried to trick him into believing he was the father of her child so she could get money out of him.

According to TMZ, her lawsuit says Ne-Yo went onto VH1’s “Behind the Music” show on September 2012 and said she was “an unchaste woman who deliberately tricked him into believing he was the father of her child, so that she could fraudulently bilk him of ‘ungodly amounts of money.’ ”

Back in 2005, Jesseca White gave birth to a child and listed Ne-Yo as the father on the birth certificate. Ne-Yo’s mother and his closest friends urged him to take a paternity test, and the result proved her wrong. The couple had previously reached a settlement over the affair in 2009, in which Ne-Yo paid $575,000 to Jesseca, and in return she officially said the child was not his. As part of the deal, both sides agreed to never go public about the incident.

In December 2012, celebrity lawyer Gloria Allred sent a letter to Ne-Yo accusing him of breaking the agreement. In the letter, she also said that White had been unable to work and forced to seek financial aid because she is “beset by nausea, vomiting, and hair loss” as a result of his comments. Now, she has filed a lawsuit against her ex-partner and is seeking unspecified damages, alleging she has lost work as a photographer and a graphic designer because of his TV remarks.