IS THE DREAM DISSING CHRISTINA MILIAN? 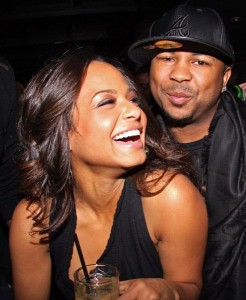 Shots Fired from The Dream!  The Dream and his ex Christina Milian have a little history of throwing shade at one another so this is nothing new.

Based on the description on Spin Magazine. The Dream is taking shots at Christina Milian in his new video “Wake Me When It’s Over”.

From the website, “Released under his birth name Terius Nash, the soul-baring set is widely considered to be a reaction to the PR&B O.G.’s divorce from singer/actress Christina Milian, and the lyrics found therein are pretty brutal when it comes to breakups. Consider early taste “Wake Me When It’s Over,” which finds Nash caught up in the tail-end tangle of a fast-failing relationship. Though he takes some responsibility for cheating on his mate, he seems to fault her even more for not being cool about his indiscretions, going as far as to sing, “Tried to keep it hush for you, keep it on the low / Tried to spare your feelings girl, shut the door.”