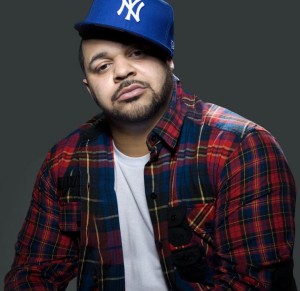 After Kendrick Lamar‘s world-altering, social media-enflaming performance on ‘Control,’ artists like Fabolous tweeted that he was trying to find a studio, apparently to record a response to the Compton rapper’s “king of New York” line. Numerous other rappers were called out by Kendrick, but none of them debuted any material. However, one lyricist who wasn’t named in the track did: Joell Ortiz.

The Slaughterhouse member spit his own bars over the No I.D. beat. The Brooklyn native had some sharp words for the West Coast MC who rapped, “I’m Makaveli’s offspring, I’m the king of New York / King of the Coast, one hand, I juggle them both.”

He later serves, “When we met you said, ‘It’s an honor, man, the YAOWA man can spit’ / Maybe that’s why you left me out of that s— / Maybe that’s why the Slaughterhouse ain’t get dissed,” referencing how he wasn’t name-dropped on the ‘good kid, m.A.A.d. city’ creator’s verse.

There’s going to be many more lyrical responses from disgruntled New York rappers and reinvigorated peers who want to contest Kendrick Lamar’s claim of being the best MC. But with the level of prowess Kendrick showed last night, many will enter but very few have a chance of winning.