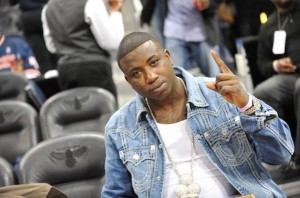 The ongoing issues between Atlanta rappers and former associates Gucci Mane and Waka Flocka Flame have continued this week with the announcement that Gucci has filed a lawsuit against both Waka and his mother, Debra Antney.

According to TMZ, the 1017 Brick Squad Records founder believes that Waka and Antney are responsible for the downfall of his music career. Court documents state that Antney became Gucci’s manager in 2006 and both Antney and Waka released Gucci’s music without his permission and also collected royalties on behalf of the rapper and his music.