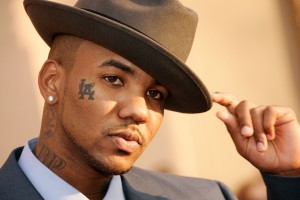 Game may look and sound like a tough guy, but after reading a touching story about a little girl gunned down in front of her home, the rapper donated $10,000 to the victim’s family.

Tiana Ricks, the victim, was only 6 years old when gunmen approached her and her father outside of their home and opened fire on the two. “Are you OK, Daddy?” were her last words as she lay dying.

According to TMZ, while in Australia, the Compton native caught wind of the devastating story and immediately took to Instagram to post his response to the tragedy.

“This very sad story hit me in a place nothing ever has. The picture above is of 6 year old “Tiana Ricks” who was gunned down in Moreno Valley this past weekend holding onto her fathers leg as men approached & opened fire wounding both Tiana & her father…. Tiana did not know she was shot & kept asking was her father okay until 2 1/2 hours later when lil Tiana was passed away just after midnite on Sunday… I read about this story here in Australia & immediately tracked down her mother @lost_the_love_of_my_life & noticed her & the family trying to raise $10,000 for funeral costs…. So I got her on a 3 way with my accountant & now I’m in the process of transferring $10,000 from my account to hers !!!!! Follow her now@lost_the_love_of_my_life & show her support thru this tough time…… Prayers are definitely needed. My sincerest condolences to you & your family Marquia. Glad that I could be of some help….. I don’t know what else to say, but @therobinhoodproject got you !!!!!!!!!!!!!!!! #TheRobinHoodProject,” he wrote as the caption to the photo above.

This is just one of the many charitable donations Game is expected to make. He has set aside $1,000,000 to give away through The Robin Hood Project.