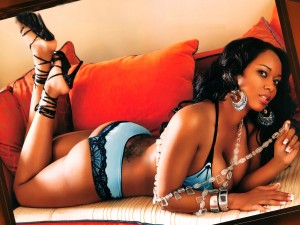 Esther  goes in on Bow Wow after the Sway in the Morning interview. Bow Wow says Ms. Esther was the woman that took his virginity! Well, Esther quickly shut down the rumors…

After hearing about the interview Baxter took to Twitter to fire back.

“Do I REALLY have to respond to this sh*t!?! First…you people believe the SILLIEST sh*t!!! Lmao! I thought this sh*t was a joke…but Lil homie ACTUALLY said that sh*t,” Baxter wrote on the social networking site. “N*gga really shot for the stars with that one!!! Couldn’t think of anyone else huh!?! It’s cool I know times are hard right now but u should’ve at least let me know so we could BOTH benefit. Losing your virginity to EB at 16…damn…that’s a ballerific fantasy bro. Its not the first time & it won’t be the last time a n*gga decide to put my name in some sh*t…I don’t have time for the foolishness. You have some sh*t to promote do that sh*t WITHOUT putting my damn name in some nonsense. #Done #NothingElseToSay #ByeBoy.”