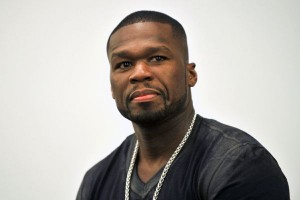 I read the title. I begin to laugh!  50 cent is a damn fool…. Anyway, 50 Cent recently did an interview with Mister Peter Parker. 50 talks about how he feel about rapper French Montana. The rest is history!

According to HiphopDX, ” As he continued, 50 shared that he feels Montana is the “new Ja Rule,” a rapper he had a feud with earlier in his career. Their dispute was seen by many as having a negative impact on Rule’s career while helping 50 Cent’s rise.
“[Montana] had one song and you didn’t even care about it ’cause it had him on it. There was four other people on it,” Fif added. “That’s your new Ja Rule right now.”