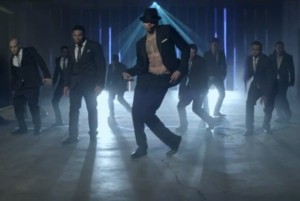 Chris Brown has officially been added to a lineup of over 10 performers who will grace the stage at next weekend’s Billboard Music Awards in Las Vegas.

The 2012 awards show, which is hosted by “Modern Family” stars Ty Burrell and Julie Bowen, is set to include performances from the likes of Justin Beiber, Usher, Cee-Lo Green, LMFAO, Linkin Park, and more, with additional acts to be announced in the coming days.

Brown’s performance will come a little over a month before he releases his fifth studio album, Fortune, on July 3. The Grammy Award-winning singer is savoring the success of the album’s current single, “Turn Up the Music,” which currenly sits at #2 on “Billboard’s R&B and Hip-Hop Songs Chart”.

In addition to perforning, Brown will be up for four Billboard Music Awards, including “Top Male Artist,” while singer Rihanna has been nominated in 13 categories this year. Lil Wayne is up for 10 awards, and the duo of Bad Meets Evil are up for “Top New Artist”, along with Big Sean, Wiz Khalifa, and Foster the People.