BOW WOW CHATS IT UP WITH WHOO KID 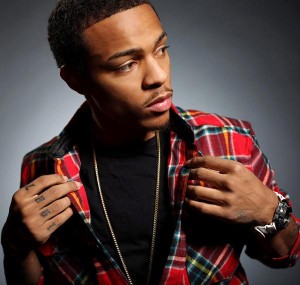 What Bow Wow says about his YMCMB family?
“He also took time to explain why the Young Money crew appears distant “from the outside looking in.” “It’s better than cool. It’s greater than great,” he explained of his situation at BET. “It’s what I wanted. For me to be young, only 25 and already have this type of position on a billion dollar network, it’s major.
“We are all our own individual artists with our own unique way of getting it how we’re getting it. It’s hard for us to always be together so from the outside looking in, a lot of people say we’re distant but to us, we’re not. We always know where everybody is at all times. For me, I’m in this situation where I can’t leave New York. I’m here full time now. I was in Miami where we all lived at… But now that I’m here, Nicki is hosting American Idol. Everybody’s all over the place getting it in.”

What Bow Wow says about acting?
“Bow also explained that he enjoys acting. When asked if he found it easy to cry on camera, he explained that he can do anything once he goes into character. “It’s not [hard to cry]. Once you tap into character and you understand the story, you’re golden from there. Everything else after that is pretty much easy.”