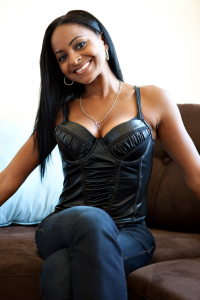 Last week we told you that BBW Miami star Tami Roman said there will be less drama on the show from now on. Well, the plot thickens …and gets confusing. Evelyn Lozada revealed that Royce Reed was actually asked to leave Basketball Wives and didn’t quit like she has made viewers believe! Royce is now responding to Evelyn’s claims and confirms that she was asked to leave but only because she wasn’t going to act “ratchet.”
Royce tells AllAboutTRH, “True. I didn’t want to be apart of the drama. They said if it wasn’t for me and if I was gonna be ratchet I should leave. I did

”
Royce adds, “Glad the truth is showing I was never fired. I had a choice and I chose my dignity and soul.”

Ok so if there’s supposed to be less drama then why is she asked to leave? Am I the only one confused here?