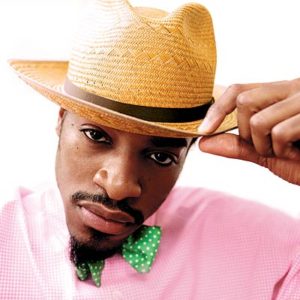 The mother of Outkast’s Andre 3000 has died.

A rep for the OutKast member confirmed the passing of Sharon Benjamin-Hodo, but unconfirmed reports (courtesy of Billboard) suggest that she was found dead in her home in Atlanta on her son’s 38th birthday, which was Monday, May 27. Such details certainly make the loss a doubly crushing blow for the musician and actor, born Andre Benjamin.

Benjamin-Hodo was said to be in her 60s. She was incredibly active in the community, having founded the Starlight Camp, an organization that benefited underprivileged kids. She ran the Starlight Camp out of the New Morning Light Missionary Baptist Church in Conley, Ga. Her husband Robert Hodo was the pastor of the church.

Further details on Benjamin-Hodo’s passing, including the cause of death, are scarce. However, in lieu of flowers, the family asks for continued support of the Starlight Camp.

The entire Hip Hop community sends condolences to Andre 3000 and his family during this difficult time.