USHER’S STALKER GETS HIT WITH A 1YR RESTRAINING ORDER 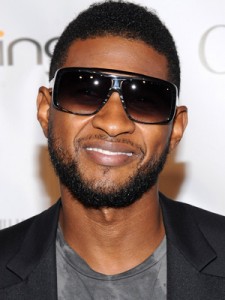 Summer’s only barely begun, but Usher is probably ready for it to be over. Between having his very own stalker, enduring custody battles with ex-wife Tameka Foster, and the sad news that her 11-year-old stepson is brain-dead after a tragic accident, the R&B singer certainly seems to have a black cloud hanging over his handsome head.

But at least that “stalker” business may be behind him — the crazed fan who claims she’s actually his wife has now been slapped with a year-long restraining order.

TMZ reports that Usher and 26-year-old Darshelle Jones-Rakestraw both appeared in an Atlanta court this morning, where a judge barred her from going anywhere near her fake husband and his (very real) kids for a year.

You may recall that last month, the delusional lady was arrested after she showed up uninvited at Usher’s Georgia home, demanded to be let in, and told cops she was married to the star and had simply lost her keys. That story obviously didn’t fly, but she did — straight to the psych ward for evaluation.

And this being 2012 and all, her next move was to make a YouTube video in which she insisted she wasn’t a stalker and that “[Usher] has officially slandered me and defamed my character,” adding that she plans to file defamation charges against him.