When asked about recent tweets in which Yo Gotti called out Juicy J for supposedly “dodging” him, Gotti said that there “ain’t no problem” between the two now. “I actually spoke to him like probably an hour or so after the tweet and we got on the phone and chopped it up,” Gotti said during an […] 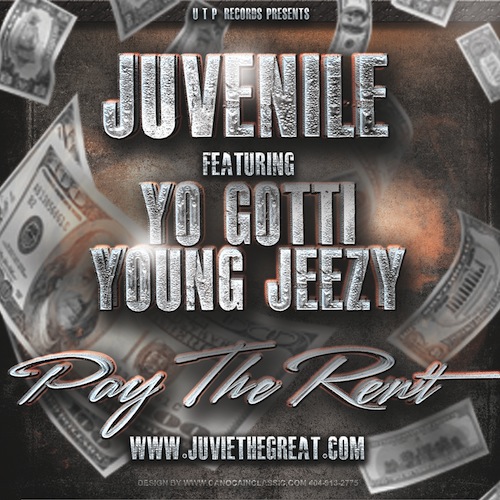 Juvenile collabs with Jeezy and Yo Gotti on this new track “Pay The Rent.” Check it out: [Audio clip: view full post to listen]