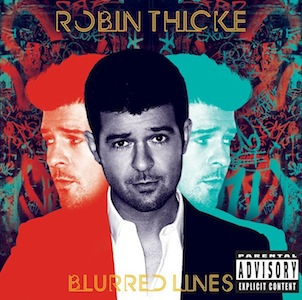 Who said perseverance doesn’t pay off? After being in the R&B game for almost two decades, Robin Thicke has finally scored his first No. 1 album with ‘Blurred Lines.’ Not only has the album’s title track become one of2013′s essential summer tracks, but the LP also sold 177,000 units over the past week — taking it to […]