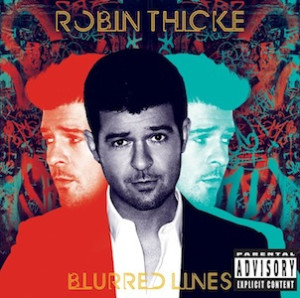 Who said perseverance doesn’t pay off? After being in the R&B game for almost two decades, Robin Thicke has finally scored his first No. 1 album with ‘Blurred Lines.’

Not only has the album’s title track become one of2013′s essential summer tracks, but the LP also sold 177,000 units over the past week — taking it to the top of the Billboard 200 chart — according toBillboard. With that many units sold, Thicke also had his best sales week ever. His 2008 album, ‘Something Else’ peaked at No. 3 after selling 133,000 units in one week.

He is also the sixth artist to score a No. 1 on the Billboard 200 chart 10 years after the release of the artist’s debut album.

After all his hard work, this is well-deserved