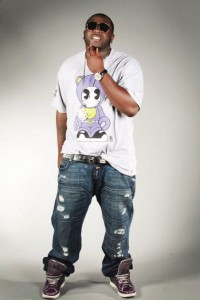 Coming off of the success of his last hit single “Bow”, which was played in over a dozen media markets in the Midwest and South, Ray Nitti’s latest single, “Lights Down Low” demonstrates the nationally known rapper/songwriter’s growth as an artist. Currently burning up the airwaves on mixshows across the Midwest and South, “Lights Down Low” is an exciting departure from Ray Nitti’s traditional upbeat dance records.

The visuals to “Lights Down Low” accentuate Ray Nitti’s melodic verses and are set to some of Brew City’s most visually compelling backdrops. The video was shot and directed by Milwaukee native and internationally respected video director, Philly Fly Boy, whose recent clients include T.I.,Wiz Khalifa, Lil Wayne and Justin Bieber.

“Lights Down Low” was produced by another Milwaukee up-and-comer, Bizness Boi, whose credits include, Cyhi The Prynce, Hit Boy, Mistah F.A.B and Trae The Truth. Maestro, an accomplished pianist, also helped with the song’s keys.

This video release is part of multilayered marketing strategy to promote “Lights Down Low” and Ray Nitti’s upcoming performance at the 9th Annual Put the Guns Down Festival. After a two year hiatus from shows in Milwaukee, Ray Nittti will be performing at the League of Young Voter’s 9th Annual Put the Guns Down Festival taking place September 1st at Martin Luther King Park located at 1531 W. Vliet St. The festival starts at 11 AM and ends at 8 pm.

During the Put the Guns Down Festival, Ray Nitti, who was born in the Virgin Islands and moved to the US at 13, will shoot the video for the remix to “Light Down Low.” An uptempo track, produced by DJ Kayo, the “Lights Down Low.” Destiny Love will provide the choreography for the video. This is a certified hit. Check it out: