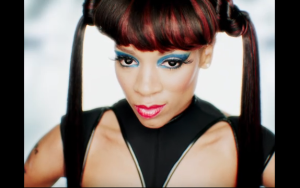 According to the rapper-actor, it was her uncle who informed her about the role and insisted that she try out for it. After some phone calls, Mama was eventually plugged in with one of the producers of the film.

“I got the script,” Lil Mama said. “I came in and the casting agent looked at me and said, ‘I wouldn’t change a thing.’ Sent the tape out. I read for the director and from there I did the screen test and it was history. I found out I got the role after three tries and that’s pretty much the story.”

In preparation for the role, Lil Mama spent time with TLC members Chilli and T-Boz in pre-production rehearsals.

“They would tell me about the way she moves, how I was really similar, but certain things I had to change a little bit in posture, or how she would react to 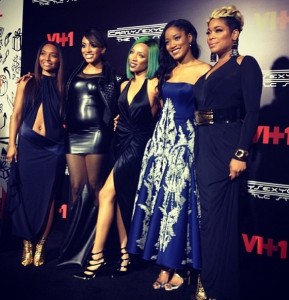 certain situations,” Lil Mama said. “So it was very informative and it was very helpful in preparing for the role.”

During the vladtv.com interview, Lil Mama also spoke about a moment during filming where she says her performance moved Left Eye’s sister, Raindrop, to tears.

“After I got out of the scene, Rain started crying,” Lil Mama said. “And I said, ‘What’s wrong?’ And she said, ‘Nothing’s wrong. Everything is right.’ And that melted my heart to know that I pleased her ’cause your siblings, like that’s the closest thing to you.”