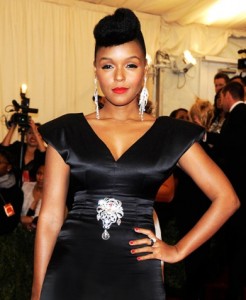 Janelle Monae is responding to speculation regarding her sexuality stemming from some of the lyrics on her new album.

In an interview with LGBT site “Pride Source,” the singer admitted she wasn’t even aware of the rumors until the question was posed to her.

While she didn’t clear them up directly, she did say that she doesn’t think “there’s anything wrong with being gay or lesbian or straight or black or green or purple.”  She says that she’s “okay with” the rumors for that reason.

Janelle calls herself “a uniter” and says that she wants to “just live [her] life” and “people can feel free to discuss whatever it is that they think and use whatever adjectives they feel.”

Her new album The Electric Lady came out earlier this week.