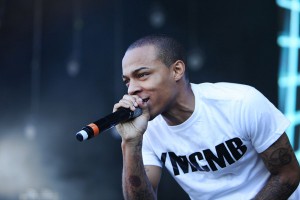 According to TMZ, French adult film star Celine Tran – aka “Katsumi” sued Bow Wow last summer for stealing footage of her pole dancing in a completely different music video, and using it in his remixed music video to Kirko Bangz’, “Drank In My Cup.”  Katsumi claims that this was done without her consent.

Apparently Bow Wow never even responded to Tran’s lawsuit.  Because of this, a federal judge ruled that Bow Wow was responsible for $79,346.07 worth damages and attorneys’ fees for use of the footage.  He was also ordered to stop using the jacked footage immediately.

Unfortunately, it’s not over for Bow Wow, who’s still on the hook for several other pending lawsuits.  In the meantime, peep the music video that cost Bow Wow an extra $80,000 – and the original music video his director jacked the footage from, both below: