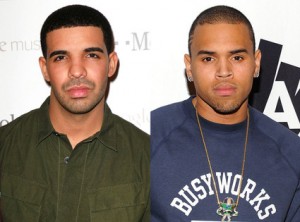 Chris Brown and Drake will NOT face criminal charges stemming from their alleged involvement in a massive nightclub brawl this summer in NYC — law enforcement sources tell TMZ, there just isn’t enough evidence to move forward with the case.

According to law enforcement sources, the investigation into the bottle-smashing brawl at WIP nightclub on June 14th has been concluded and no criminal charges will be filed against Chris, Drake, or any member of their entourages.

Sources close to the investigation say the surveillance video in the club was useless because it was so dark and blurry — and the interviews that were conducted by the NYPD were inconclusive.

Chris suffered injuries to his face from a flying bottle during the insanity — a bottle that was allegedly hurled from Drake’s table. Several other people were bloodied up in subsequent projectile bottle attacks, including bodyguards and random clubgoers.